Saigon Sally: Dispatches from Vietnam
What to look for in housing when moving to Saigon.

For a foreigner moving to Ho Chi Minh City, this is equally true, and one finds oneself restricted to certain areas within the city, Phu My Hung in District 7, in a high rise in the central business District 1 or the adjacent Saigon Pearl area, or in Thao Dien, An Phu area of District 2.  (This promotional video for Phu My Hung has some great aerial shots of the city, as close to Google Earth as have in Vietnam. I recommend only the first few minutes, though.)

In an urban area as vast as Saigon, which has 24 districts, why do so many of the expats seem to congregate in these areas? Perhaps the government established these as foreign quarters, maybe in response to the complicated history of colonialism, or may be for other monetary incentives.  As well, expats choose to live in these areas because they generally offer more of the services, restaurants, stores, and schools that they like, and homes in these areas also have better security, marginally, and larger villas.

Once you choose which area in which to live, the next step is to find a villa or apartment that will meet your budget, or your company’s limit, and your family’s needs.

Anecdotal Evidence on the Process of Finding a Home in Saigon

Rental prices are high because companies and individuals know often there are deep corporate pockets behind many people’s budgets.  Not everyone has a company housing allowance, however, but that doesn't prevent a landlord from asking Tokyo prices and /or for a huge deposit on a house, up to 10,000 USD or more, so you won’t break the lease contract.  I've even heard of prices going higher than the advertised price once the landlord sees the prospective client.  When my friend was looking at an apartment, the landlord increased the price by $300 on the spot when they saw her ethnicity.  Needless to say, it’s hard to escape the perception that if you are a foreigner, then you are rich.  While you can’t look like a local, you can act like one. 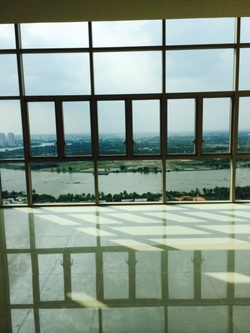 Negotiate! Don’t be naive and just accept the terms given you, especially if the place isn't ideally what you want.  Don’t let the owner know your spending limit, as this doesn't help you bring the price to a more reasonable amount.  I heard of one relocation agent actually telling the landlord how much her clients were allowed to spend in order to reduce the time she had to sit in negotiations on their behalf.

The larger gated communities and places with waiting lists do not want to negotiate, but one can haggle over other things besides price. Some rental companies and landlords will not make repairs, add or replace appliances, or adjust living conditions once you've signed the contract.  This means if you have problems arise or you realize there are issues once you are living in the house or apartment, you are stuck living in your mildewing castle.  I've heard that one landlord demanded the renter ask for a larger housing allowance from the employer before the landlord would make a change to their living arrangement.  Often the landlord can refer back to the initial negotiation phase and state repairs are not part of the contract; moreover, if you'd be willing to renegotiate the rental price, then they would be able to proceed and maintain the house.

On the other hand, many landlords can be very accommodating before you sign the contract, willing to move walls, redesign layout, add new appliances or repaint, but you must ask in advance.  And, of course, there is always the possibility your landlord can be a real angel and work with you after you've moved into their property, but you will never know until the next crisis arises. 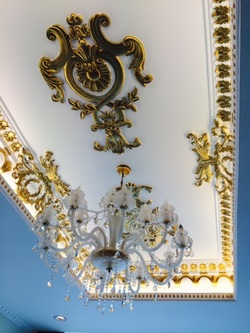 Expect to look at least ten properties in any given area.  Each neighborhood has a villa or two that has a story which prevents more localized residents from moving into it.  Consider there may be a “monster house” that looks beautiful, but may have hidden traps or suspicious accidents.  There is one such a house in An Phu.  According to legend, the maid fell from the second story to the first, WHILE SITTING ON THE TOILET.  Another house had the glass wall of the shower break while a child was bathing. Fortunately, neither person was hurt much.  Workmanship can be shoddy, creating a sense that one is living in a movie set at times.  Until you are in your new home for a couple of months, you may just not know the reality of the living situation or if you are living in a reality TV show set.

Another reason to look around, is because there is a nice variety of housing options.  Some villas remarkably resemble upscale Malibu homes.  While some apartments and gated communities have other amenities, including cleaning services and bus transport into the downtown areas and across town. There are others which offer the free use of sports clubs or pools.  Some places come furnished.  Plus, you need to consider how much space you really need.  Does a couple with no kids really need five floors and a Victorian parlor?

Most importantly, you’ll want to assess closely the security measures.  Thieves target newcomers, and burglaries are the most problematic part of living in a heavily populated expat quarter.  Some security guards hired by the gated community seem pretty lackadaisical about who they let pass through the gate, so look at security as a whole, not just around your house, but also around the area.  If you choose to not live within a compound, then you will need to hire a guard, if not for 24 hours, at least for the night.  Night guards, however, are notorious for sleeping on the job, so you may also negotiate for the installation of a security system and cameras.  You’ll definitely want to buy a safe, but most thefts are of computers, laptops, and equipment.  Thefts happen all over the city, and expats are not the only targets. So be careful where you rent and take precautions.

Another consideration for location:  Not only should you plan for how you will get your kids to school, you should also look around the neighborhood.  The positive side of living in a nonexclusive area is you have the opportunity to connect with some really lovely people. Daily, I experience the generosity and openness of the Vietnamese people, and I want to stress how positive these interactions are.  But in reality, many foreigners living in Vietnam prefer to be in their own communities.

The downside of not checking out the neighborhood is there may be realities that make Westerners a little uncomfortable. Do you want to be next to a restaurant that offers a karaoke bar? Or a hotel that charges by the hour?  Could your dream house happen to be near a stack of caged dogs? Are there roosters rooting around the road?  Is the building on the corner converted into a giant birdhouse, piping recorded music to attract swallows for the production of bird nest soup?These are some of the other reasons foreigners may choose to live in these expensive areas, because we simply are not adapted to the sounds and reality of living in Vietnam.

So often we prefer, as immigrants do, to live a foreign land in the way that best mirrors our homeland, even if it is made like a movie set. 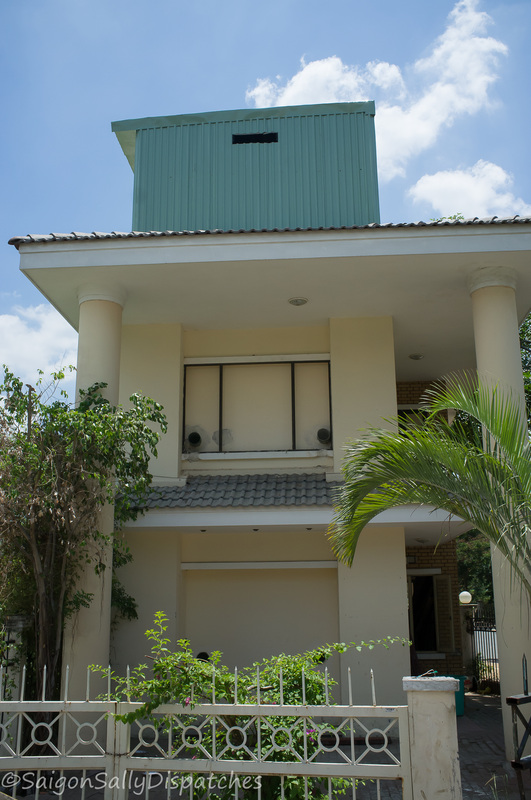