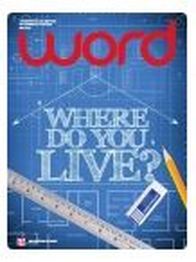 There are some good resources developed for people living in Ho Chi Minh City, which give insight into other perspectives, especially of people who have lived here longer or have different experiences than I do.

I would encourage you to flip through their archived editions, so you can experience the magazines as a whole, rather than only stumble through their websites.

The Word is a well respected dual language publication with some excellent photographs of local happenings and the up-and-coming.  It covers topics of special interest from surrounding areas outside Saigon as well as an index of businesses within the sprawling city. It also has a Hanoi edition. 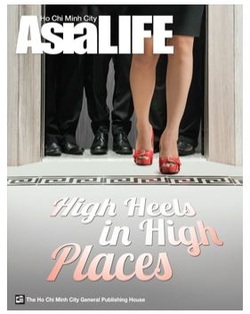 Asia Life is an English-only publication that offers similar content and profile stories.   They offer publications across Asia.  Their mission seems to allow them to bend their content arc a bit more than the other magazine.  For example, in this issue, they have some beautiful pictures of Bolivia in a photo essay.  However, the articles are well-informed and offer different perspectives within Viet Nam. This issue in particular has a good article about women's success in the business world and the issue of gender equality.

If you have time, you may want to browse them to help you develop another view of the life here.

With the growth of both expat and the "English speaking, educated Vietnamese with discretionary income, and tourists with a more upmarket itinerary," Oi is working on developing its niche.

While some articles are written, in part, influenced by corporate entities in Ho Chi Minh City, (see the article: No Horsing Around, which in the print edition recognized the assistance of a local moving company in writing the article), the magazine feels less like an advertisement in magazine form, which The Word has increasingly become.  For example, Oi magazine directly addresses some of the misconceptions of foreigners, (which are easily formed when an immigrant population doesn't speak the national language). As an English language journal, the magazine offers substance to multiculturalism by not furthering cultural differences.

The Saigon Mythbusters feature, for example, (see print edition of February 2014) covered the topic of English book censorship.  According to the article, books shipped to Viet Nam may be prevented from reaching the recipient because the book lacked a local publishing house stamp proving that the material was not "debauched cultural products, publications and documents that undermine the public order and incite against the state." So this explains why there are so many natty James Patterson novels dotting the shelves of the informal lending libraries. 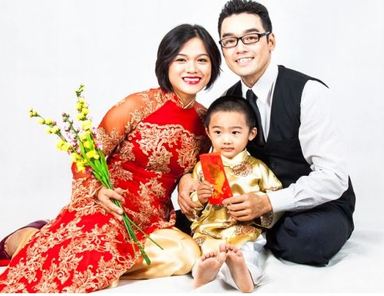 "No Horsing Around" was published as an explanation of the Tet holiday, for the year of the Horse in Oi magazine.

The Saigoneer blog, new to the scene, offers articles compiled from the other local English-language, Ministry approved newspapers as well as attractively packaging multimedia content in the name of citizen journalism.  This site offers another voice on current events in the community, trends in the country, and glimpses of local culture. While its advertisers include Asia Life and the Ho Chi Minh City Guide, the reviews of restaurants and bars seem to be independently submitted.

Lyra, blogger of Hello Saigon!, proffers a realistic impression of what life is like in Ho Chi Minh City in the day to day reality of raising young children and living in the community as an expat.  She posts content regarding what forms local traditions take in the modern Viet Nam as well as useful information, such as the times to English language Masses during the Christmas season and the numbers to call in case a person faces a home burglary.  While the site states that she has nearly 500 people following her blog, she reveals her personal life in photographs and captions that gather advertisers and readers alike.

Having spent time backpacking throughout Asia, Elka returned to Viet Nam after completing her education.  She has lived in Viet Nam for over fifteen years, published several books, and maintains a blog about living and writing in Ho Chi Minh City.
UA-50707318-1 UA-50707318-1